Additional Dates For "Britney: Piece Of Me" Announced As Las Vegas' Biggest Star Of The Year, Britney Spears, Is Celebrated With The Key To The City Of Las Vegas' Iconic Strip On Wednesday, November 5
Britney Joined By Thousands of Fans and Hundreds of Fellow "Britneys" to Celebrate "Britney Day" at The LINQ Promenade in Las Vegas
Suggested Tweet: .@BritneySpears celebrated Britney Day @TheLINQ on 11/ 5 & announced new show dates for 2015! More information: www.britneypieceofme.com

To view the multimedia assets associated with this release, please click http://www.multivu.com/players/English/7355051-britney-spears-announces-additional-dates-for-piece-of-me-show-planet-hollywood-las-vegas/

With a bit of feathers, rhinestones and Sin City flare, authentic Las Vegas showgirls from Jubilee at Bally's Las Vegas performed a Britney-inspired number to the international superstar's chart-topping hit "Toxic" on The LINQ Promenade Fountain stage. To the crowd's delight, the beautiful, long-legged showgirls revealed the one and only pop icon with their iconic feathered fans at the end of their performance.

In the spirit of "Britney Day," the legendary pop music icon celebrated with hundreds of her fellow "Britneys" (anyone named Britney with any type of spelling), who were invited to her "Britney: Piece of Me" show at Planet Hollywood Resort & Casino this evening. They also received a commemorative t-shirt, a complimentary ride on the High Roller and access to a priority area to view the event.

Britney also announced her partnership with Zappos and the Nevada Childhood Cancer Foundation (NCCF), where $1 of every ticket purchased to "Britney: Piece of Me" at Planet Hollywood Resort & Casino will be donated to NCCF.

"I am so proud to join forces with the Nevada Childhood Cancer Foundation and support children and their families in need in my second home of Las Vegas, Nevada," Britney said.

The NCCF is a local non-profit organization providing services in Southern Nevada since 1993, whose goal is to improve the quality of life for critically ill children and their families living in the community.

"We are thrilled that Britney Spears has chosen to partner with the Nevada Childhood Cancer Foundation with the support of Tony Hsieh and Zappos," said Jeff Gordon, president and CEO of NCCF. "Britney brings with her so much passion for our cause and we feel privileged and honored to have her in our community and now as a part of the NCCF Family."

Due to the incredible success of the show since it opened last December, the following 36 additional performances have been added to "Britney: Piece of Me" at Planet Hollywood:

Special pre-sales for "Britney: Piece of Me" will be held for American Express cardholders, starting Wednesday, Nov. 5 at 1 p.m. PT, and Total Rewards members, the loyalty program of Planet Hollywood's parent company Caesars Entertainment, starting Friday, Nov. 7 at 10 a.m. PT. Tickets go on sale to the public on Saturday, Nov. 8 at 10 a.m. PT.

Dazzling fans with show-stopping performances for more than 15 years, Britney has truly brought her most spectacular show ever to Las Vegas. A celebration of one of the most illustrious careers in music history, the jaw-dropping production is a compilation of more than 20 of Britney's worldwide hits, including "Baby One More Time," "Oops I Did It Again," "Toxic," "Circus," "Womanizer" and "Slave 4 U," as well as new material from her recently-released album "Britney Jean."

Britney is the first artist-in-residence housed in The AXIS, Planet Hollywood's newly-renovated theater which features one of the largest indoor video and projection installations in the world. With its innovative dance floor and exclusive table and bottle service provided by Drai's Management Group, The AXIS is part nightclub and part theater, setting it apart from any other venue in Las Vegas. The 4,600-seat, intimately-sized theater allows Britney's fans to see her as they've never seen her before.

General ticket prices range from $59 to $229, plus applicable tax and fees, and may be purchased online at BritneyPieceofMe.com or in-person The AXIS box office. Prices for VIP packages vary depending upon the show date. All shows begin at 9 p.m.

Planet Hollywood Resort & Casino
Planet Hollywood Resort & Casino is the centerpiece of the famed Las Vegas strip, with 2,500 beautifully designed guest rooms and suites showcasing some of the best views in town, and endless options of unparalleled shopping, distinguished dining, popular entertainment and a bustling nightlife. Planet Hollywood encompasses more than 100,000 square-feet of gaming, several lounges, ten restaurants including Gordon Ramsay BurGR, KOI, Strip House, the award-winning Spice Market Buffet and LA's Pink's Hot Dogs, and the Planet Hollywood Spa by Mandara. The resort is home to The AXIS Powered by Monster, the theater in which one of pop music's biggest superstars Britney Spears performs her show, "Britney: Piece of Me." Beginning Nov. 28, 2014, comedian Jeff Dunham will be calling Planet Hollywood his exclusive home with his residency show  "JEFF DUNHAM: Not Playing with a Full Deck." The property is encircled by Miracle Mile Shops with more 170 specialty stores and restaurants. For more information, visit www.planethollywoodresort.com. Find Planet Hollywood on Facebook and follow on Twitter.

The LINQ Promenade & High Roller
The LINQ Promenade, an open-air shopping, dining and entertainment district, anchored by the world's tallest observation wheel, the Las Vegas High Roller, are redefining the iconic Las Vegas skyline. Located at the heart of the world-famous Las Vegas Strip, The LINQ Promenade features more than 30 unique retail, dining and entertainment venues and plays host to a variety of special events, festivals and more. Topping out at 550 feet, the High Roller observation wheel is the focal point of the unique urban entertainment district. The wheel's 28 glass-enclosed cabins feature an interactive experience including video and music that fade away to unveil spectacular views of the famed resort city in the 30 minutes it takes to complete one full revolution. Each cabin accommodates up to 40 people. Cabins are available for individual or group experiences. For more information, visit TheLINQ.com. 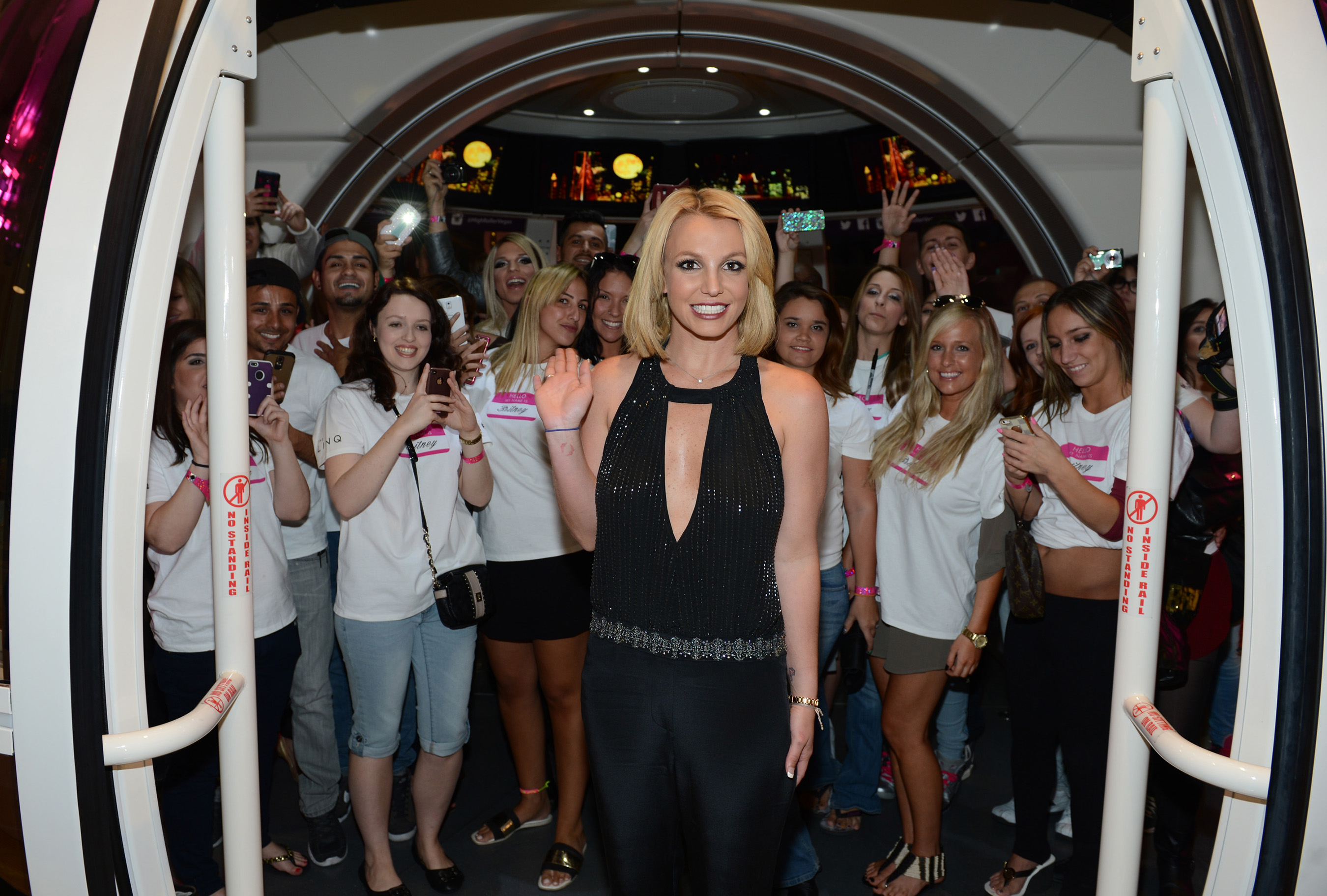 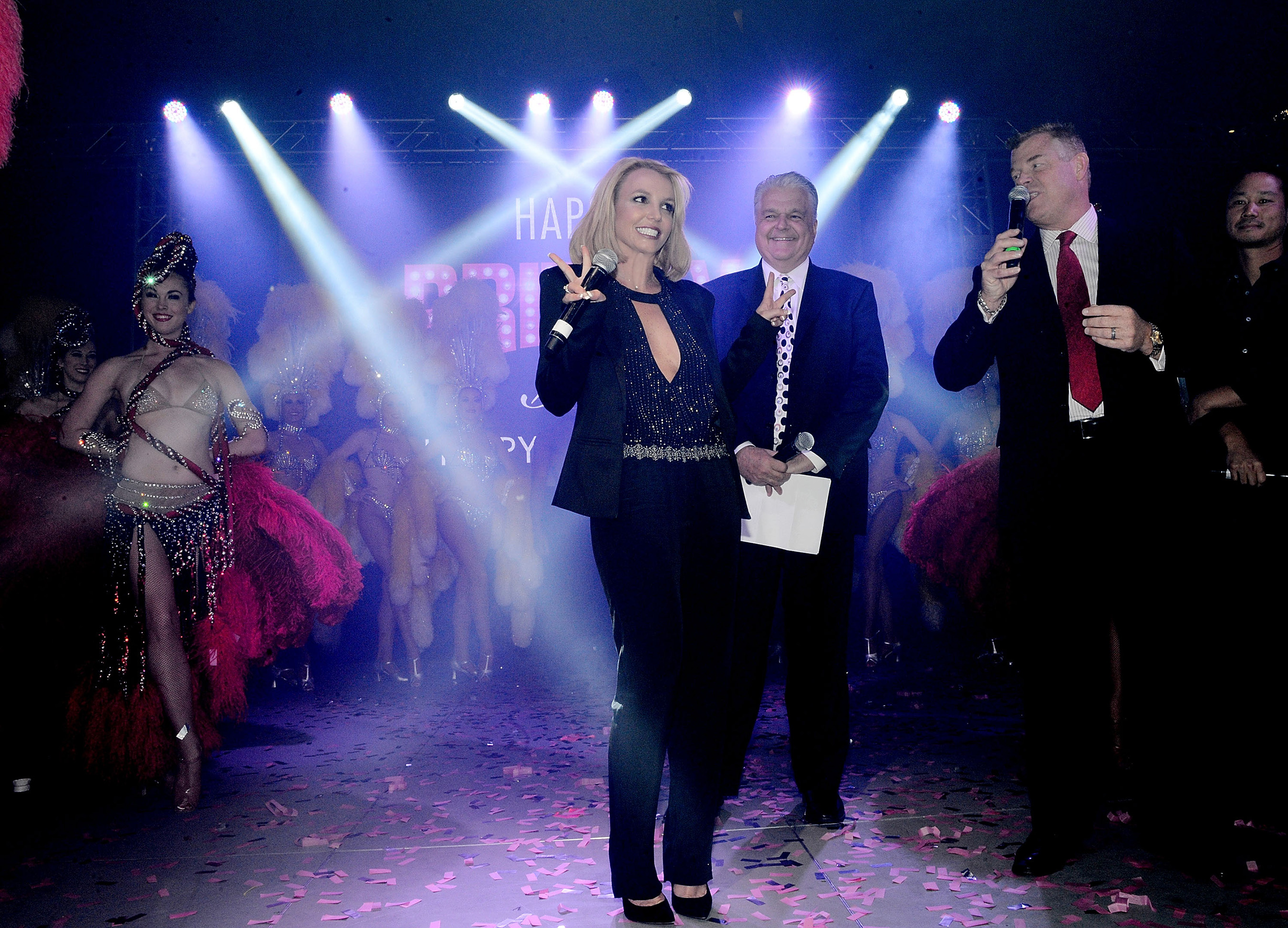 To view the multimedia assets associated with this release, please click http://www.multivu.com/players/English/7355051-britney-spears-announces-additional-dates-for-piece-of-me-show-planet-hollywood-las-vegas/