LAS VEGAS, April 28, 2015 /PRNewswire/ -- Mariah Carey, the iconic chanteuse and best-selling female artist of all time with over 200 million records sold, made her grand entrance to her new home at The Colosseum at Caesars Palace in Las Vegas on Monday, April 27.

Making final preparations in the days before the debut of her headlining residency, "MARIAH #1 TO INFINITY," which kicks off on Wednesday, May 6, the five-time Grammy Award winner arrived in grand fashion with a parade of 18 mobile billboards, each vehicle representing and celebrating one of each of Mariah's 18 timeless and beloved Number One Hits. As the city's newest headliner pulled up in front of the iconic Caesars Palace porte cochere in a pink 1936 Auburn Boattail, fans went wild to welcome Mariah as she emerged from the car and was greeted by Caesar himself. The superstar was then carried by Caesar's centurions through the property, and was accompanied by her dancers. Stopping on the front steps of The Colosseum, Mariah was then welcomed by Caesars Entertainment CEO Gary Loveman and President of Global Touring with AEG Live, John Meglen.

With the anticipation for the launch of her Las Vegas residency show reaching an all-time high, the superstar took the excitement to a new level with the global premiere of her new single and lyric video, "Infinity," in front of her new home. The crowd burst into cheers, celebrating the new song from Mariah Carey's first album released with exclusive collaboration with Epic Records. For the first time ever, the album, "Mariah Carey #1 To Infinity," will be one career-spanning chronological collection of her 18 Billboard Hot 100 #1 singles (17 self-penned), more than any solo artist in history. Arriving in stores Monday, May 18, the final track on the collection is Mariah's breathtaking new single, "Infinity," co-written and produced by Mariah herself.

Presented jointly by AEG Live and Caesars Palace, the residency will launch Wednesday, May 6, 2015. Tickets to the first 18 performances in 2015 are on-sale now:

Mariah Carey is the best-selling female artist of all time with more than 200 million albums sold to date and 18 Billboard Hot 100 #1 singles (17 self-penned), more than any solo artist in history. Mariah is a singer/songwriter/producer recognized with multiple Grammy Awards, 21 American Music Awards, Billboard's "Artist of the Decade" Award, the World Music Award for "World's Best Selling Female Artist of the Millennium," and BMI's "Icon Award" for her outstanding achievements in songwriting, to name a few - with her distinct five-octave vocal range, prolific songwriting, and producing talent, Mariah is truly the template of the modern pop performance.

Mariah Carey's ongoing impact transcends the music industry to leave an indelible imprint upon the world at large. Mariah Carey made her entree into the world of independent film with her breakthrough performance for her role in "WiseGirls" starring alongside Academy Award winner Mira Sorvino and Melora Walters. In 2009, she was recognized with the Breakthrough Performance Award at the Palm Spring International Film Festival for her critically acclaimed role in Lee Daniel's "Precious" and most recently appeared in his latest stellar ensemble piece "The Butler" (2013).

A Congressional Award recipient, Mariah has generously donated her time and energy to a range of philanthropic causes near to her heart including Save the Music, the Make-A-Wish Foundation, World Hunger Relief, and the Elton John AIDS Foundation, among many others. A tremendous supporter of children's charities, both domestic and international, Mariah founded Camp Mariah in partnership with the Fresh Air Fund, a retreat for inner city children to explore career development. In May 2014, Mariah released her critically-acclaimed new album, "Me. I Am Mariah...the Elusive Chanteuse" (Def Jam Recordings). She most recently completed a hugely successful world tour, "The Elusive Chanteuse Show" and an unprecedented run of six sold out Christmas shows at New York City's Beacon Theater, "Mariah Carey Presents: All I Want For Christmas Is You. A Night of Joy and Festivity." For more information visit
www.mariahcarey.com. 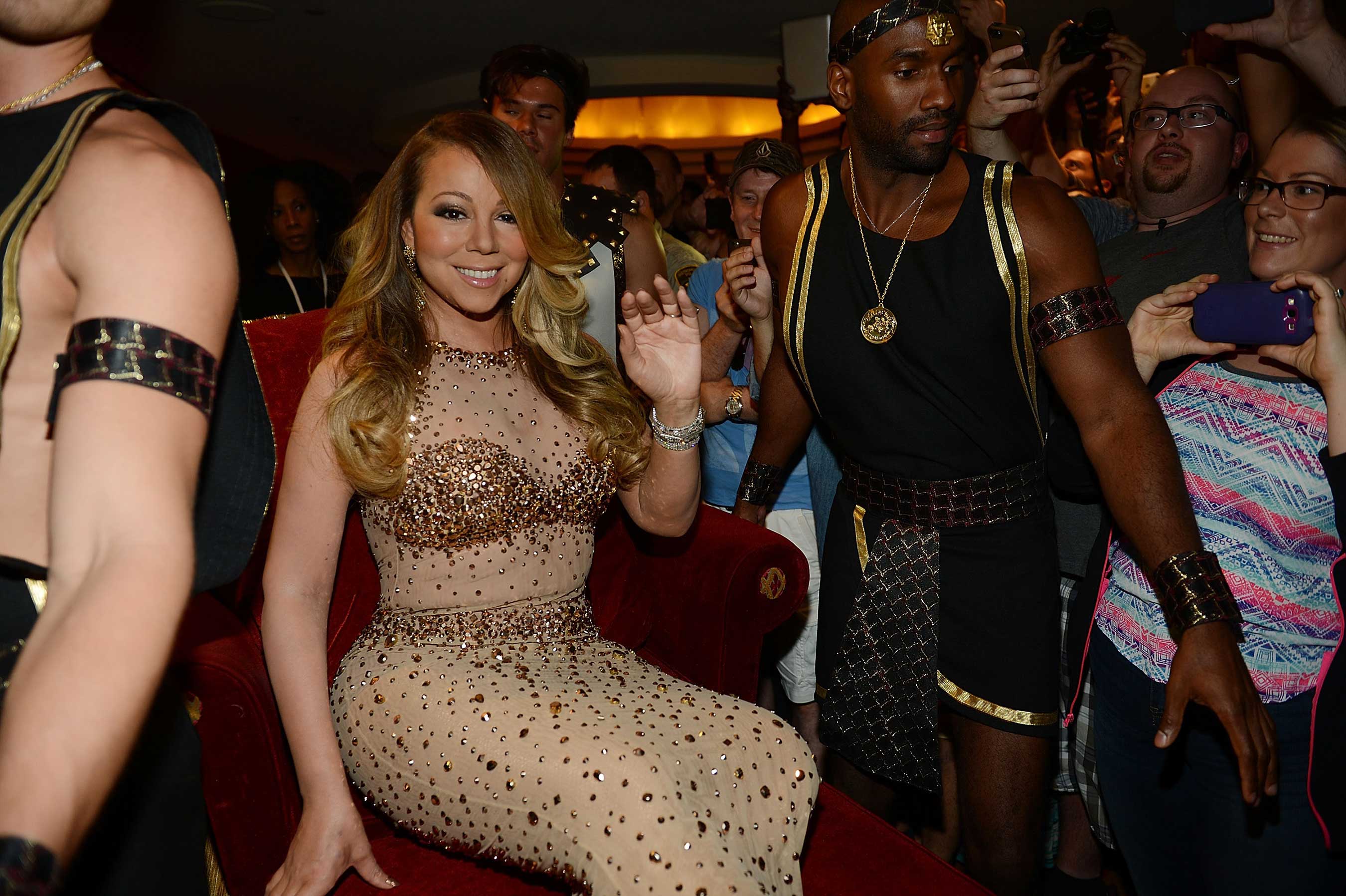 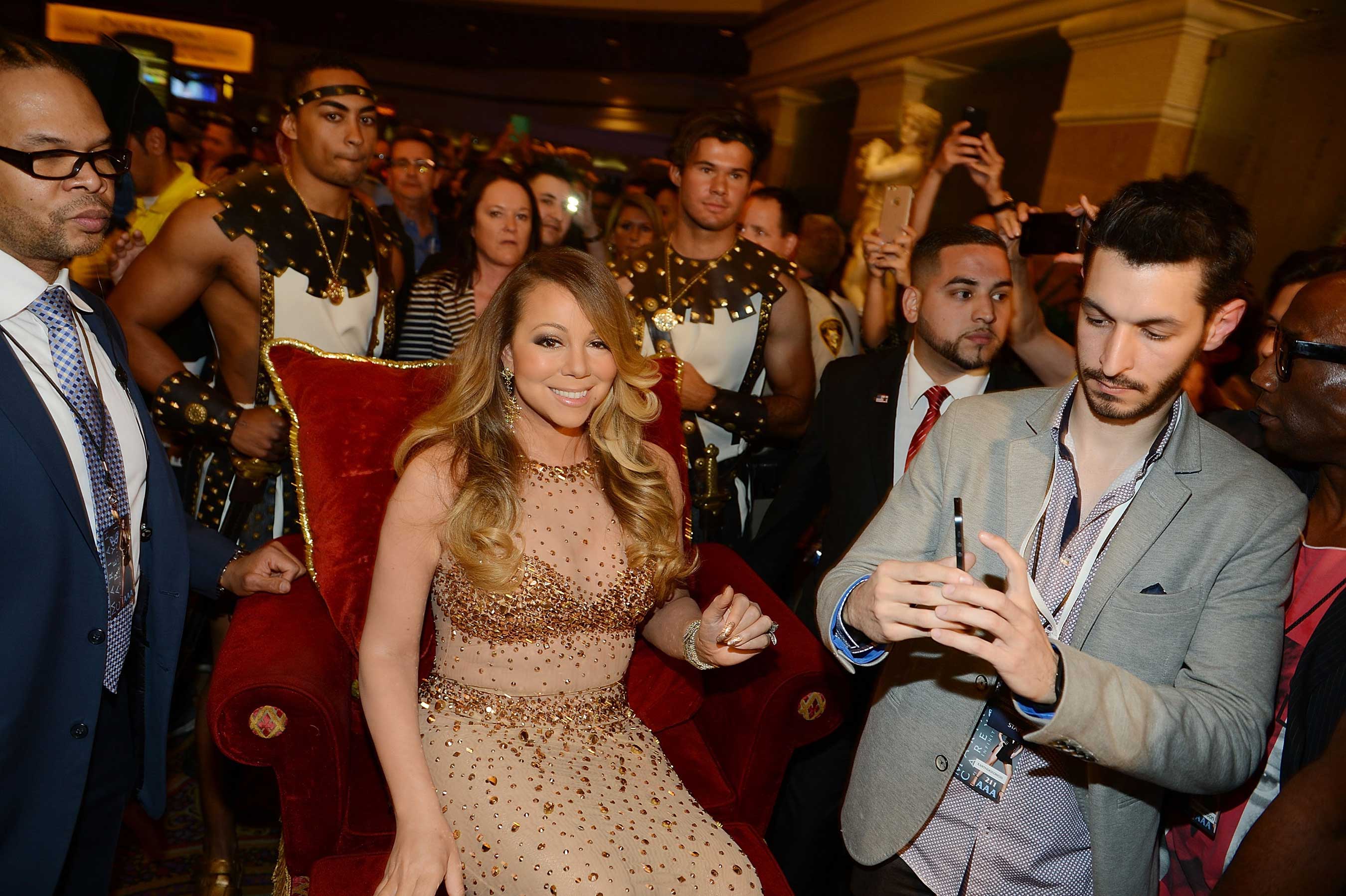