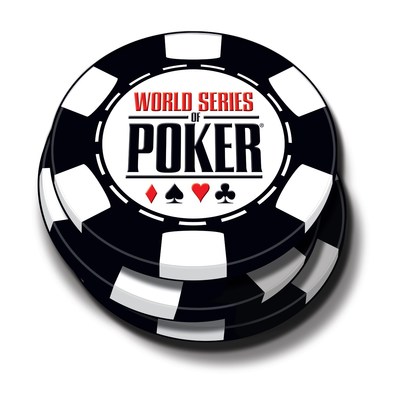 Beginning in 2021, CBS Sports Network will be the exclusive domestic television home of the WSOP, featuring 15 hours of Main Event coverage and 36 hours of 18 additional Gold Bracelet events, easily marking a new high for the historic poker festival.

CBS Sports and the WSOP rekindle a past partnership with this deal.  It was CBS Sports who first broadcast poker in the U.S. and the WSOP Main Event on its CBS SPORTS SPECTACULAR program throughout the mid-1970s.

"CBS Sports has long been a pioneer in covering a broad range of championship sports," said Ty Stewart, WSOP Executive Director. "We couldn't be more excited to see increased television coverage of the WSOP in the coming years and benefit from their growing media platforms."

"Following our past success with PokerGO, we are excited to expand our relationship with the highest-profile and richest event in competitive tournament poker featuring the best players in the world," said Dan Weinberg, Executive Vice President of Programming, CBS Sports.  "This deal fits perfectly in our strategy to combine best-in-class events with our CBS Sports brand."

Additional coverage details will be announced in the coming months with the release of the full WSOP schedule, as well as coverage across other ViacomCBS platforms, including Paramount +.

About the World Series of Poker
The World Series of Poker® is the largest, richest and most prestigious gaming event in the world, having awarded more than $3.29 billion in prize money and the prestigious gold bracelet, globally recognized as the sport's top prize. Featuring a comprehensive slate of tournaments in every major poker variation, the WSOP is poker's longest-running tournament in the world, dating back to 1970.  In 2019, the event attracted 187,298 entrants from 118 different countries to the Rio All-Suite Hotel & Casino in Las Vegas and awarded more than $293 million in prize money. In addition, the WSOP has formed groundbreaking alliances in broadcasting, digital media and corporate sponsorships, while successfully expanding the brand internationally with the advent of WSOP Europe in 2007 and the WSOP Asia-Pacific in 2013 and the WSOP International Circuit Series in 2015. All WSOP events are subject to the then-current and applicable WSOP tournament rules. For more information, please visit www.wsop.com.

About CBS Sports
CBS Sports, a year-round leader in cross-platform sports coverage, broadcasts a portfolio of events on the CBS Television Network, including THE NFL ON CBS; college football, including the SEC ON CBS; college basketball, including the NCAA Division I Men's Basketball Championship; golf, including The Masters®, PGA Championship and PGA TOUR; soccer, including the UEFA Champions League and NWSL; and CBS SPORTS SPECTACULAR. In addition, the division includes CBS SPORTS NETWORK, the 24-hour cable home of CBS Sports which televises live sports programming throughout the year, including college football and basketball games, UEFA Champions League and Europa League action, as well as a full slate of original programming and studio coverage. CBS Sports also delivers an extensive lineup of soccer coverage on Paramount+, including every UEFA club competition match as the exclusive English-language home in the U.S., and produces INSIDE THE NFL for Paramount+. CBS Sports Digital's multi-platform offerings include CBSSports.com and the CBS Sports apps for mobile and connected TV devices; the 24/7 streaming sports news network CBS Sports HQ; 247Sports; MaxPreps; CBS Sports fantasy games; and SportsLine.