Global megastar and eight-time GRAMMY® Award-winner Usher took to the stage with back-to-back sold-out shows on Friday, July 16 and Saturday, July 17 as he debuted his exclusive new Las Vegas residency at The Colosseum at Caesars Palace. With one standing ovation after another, fans were brought to their feet to sing along, dance and celebrate the first new headlining residency show to open on the Las Vegas Strip in more than a year and a half. Spotted in the audience over opening weekend were several of Usher's celebrity fans, including Jermaine Dupri, L.A. Reid, Nick Cannon, Lil Jon and Akon.

Custom-designed for The Colosseum at Caesars Palace stage, and promoted by Live Nation and Caesars Entertainment, the show gives audiences an extraordinary immersive experience with extravagant costumes, many of which were designed by Balmain, and state-of-the-art technology in lighting, video and special effects. The exclusive, only-in-Vegas spectacular is packed with an impressive repertoire of smash hits spanning the multi-talented showman's 20-year career, including "U Remind Me," "Burn," "You Make Me Wanna…," "Don't Waste My Time," "Scream" and "Yeah!" Supported by a live band and over two dozen dancers, Usher's Las Vegas shows give fans a once-in-a-lifetime opportunity to see him up close and personal in an intimate 4,300-seat world-class performance venue, with a few surprises along the way.

Tickets for performances through January 2022 are on sale now, and a limited number of VIP meet & greet packages are also available for each show. All tickets and packages can be purchased online at www.ticketmaster.com/ushervegas or in-person at The Colosseum box office. All shows begin at 9 p.m.

Additionally, Usher, Live Nation Las Vegas and Caesars Entertainment are donating $1 of every ticket purchased to Usher's Las Vegas residency to Usher's New Look, Inc. (UNL). Founded in 1999 by Usher as a young man barely out of his teens, UNL is on a mission to transform the lives of underserved youth through a comprehensive program that develops passion-driven, global leaders. UNL's peer-to-peer program model and curriculum provides Access, Awareness and Empowerment to youth in underserved communities, in order to guide them on a pathway to leadership and help them make educational and career choices that match their passions. Over the course of 21 years, the organization has reached more than 50,000 young people.

Challenging himself creatively and testing musical boundaries are characteristics that have defined Usher's career since he was first discovered 20 years ago on "Star Search." Usher has been ranked by the Recording Industry Association of America as one of the best-selling artists in American music history, having sold over 65 million albums worldwide. He has won numerous awards, including eight GRAMMY Awards, and was named the #1 Hot 100 artist of the 2000s decade. Billboard named him the second most successful artist of the 2000s decade, with his career-propelling 2004 album "Confessions" being ranked as the top solo album of the 2000s decade. Usher has attained nine Hot 100 #1 hits (all as a lead artist) and 18 Hot 100 top 10 singles.

2021 continues to be a busy year for Usher with new music and the launch of his first Las Vegas residency in July 2021. Musically, Usher's two latest singles "Don't Waste My Time" and "Bad Habits" both hit #1 on the Billboard R&B Charts. Usher is currently in the studio recording his 9th studio album which will be released late 2021.

Realizing that with success comes responsibility, Usher has also proven to be a major philanthropic force. Founded in 1999, Usher's New Look, Inc. Empowers youth from impoverished communities to become leaders. In recognition of his accomplishments, Usher has been honored by the Boys & Girls Clubs of America, the Trumpet Foundation, Do Something, the NAACP, and as the 2010 Ford Freedom Award Scholar. Usher's business ventures include a best-selling line of fragrances, and a business venture with RBMG (Raymond Braun Media Group). 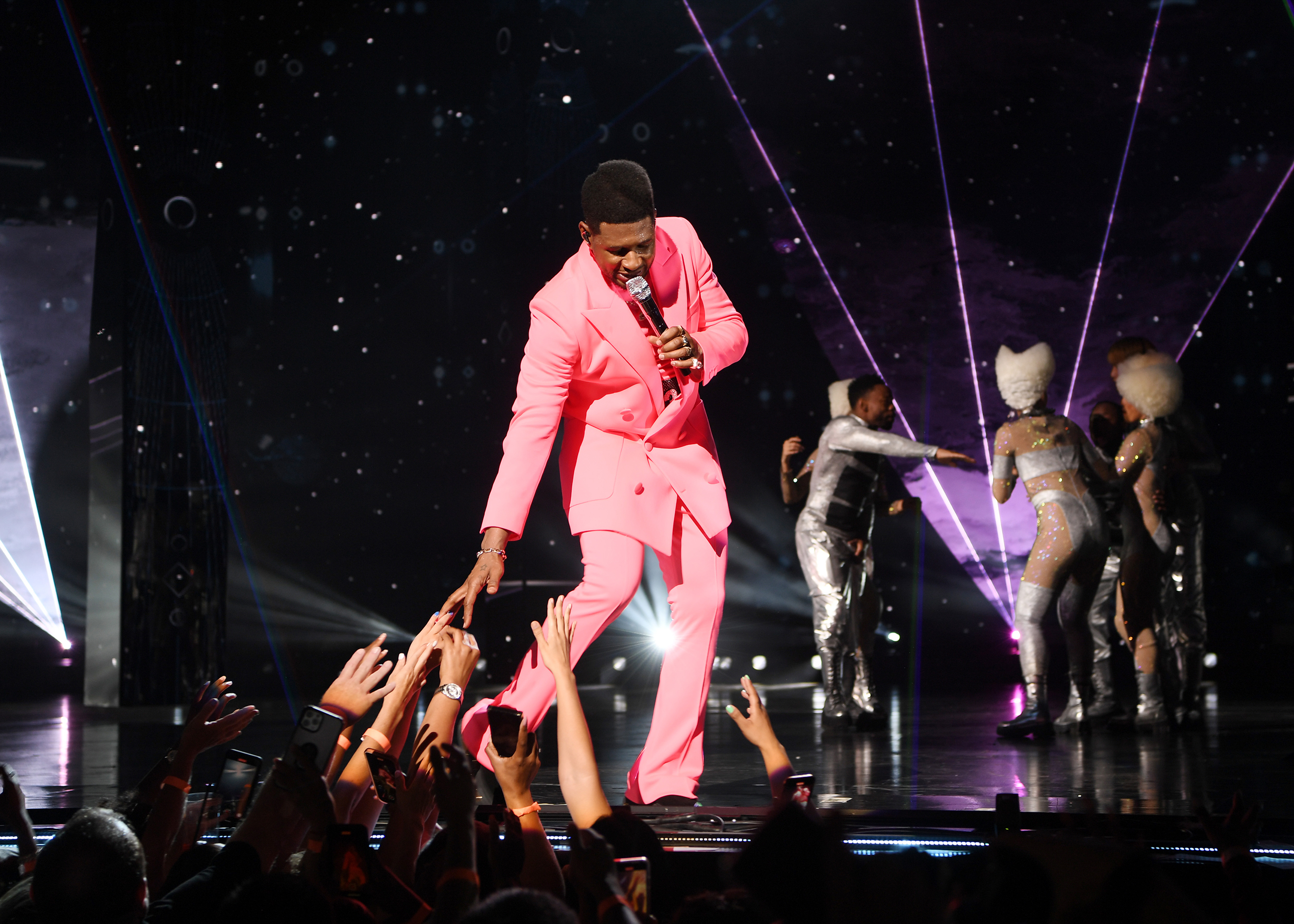 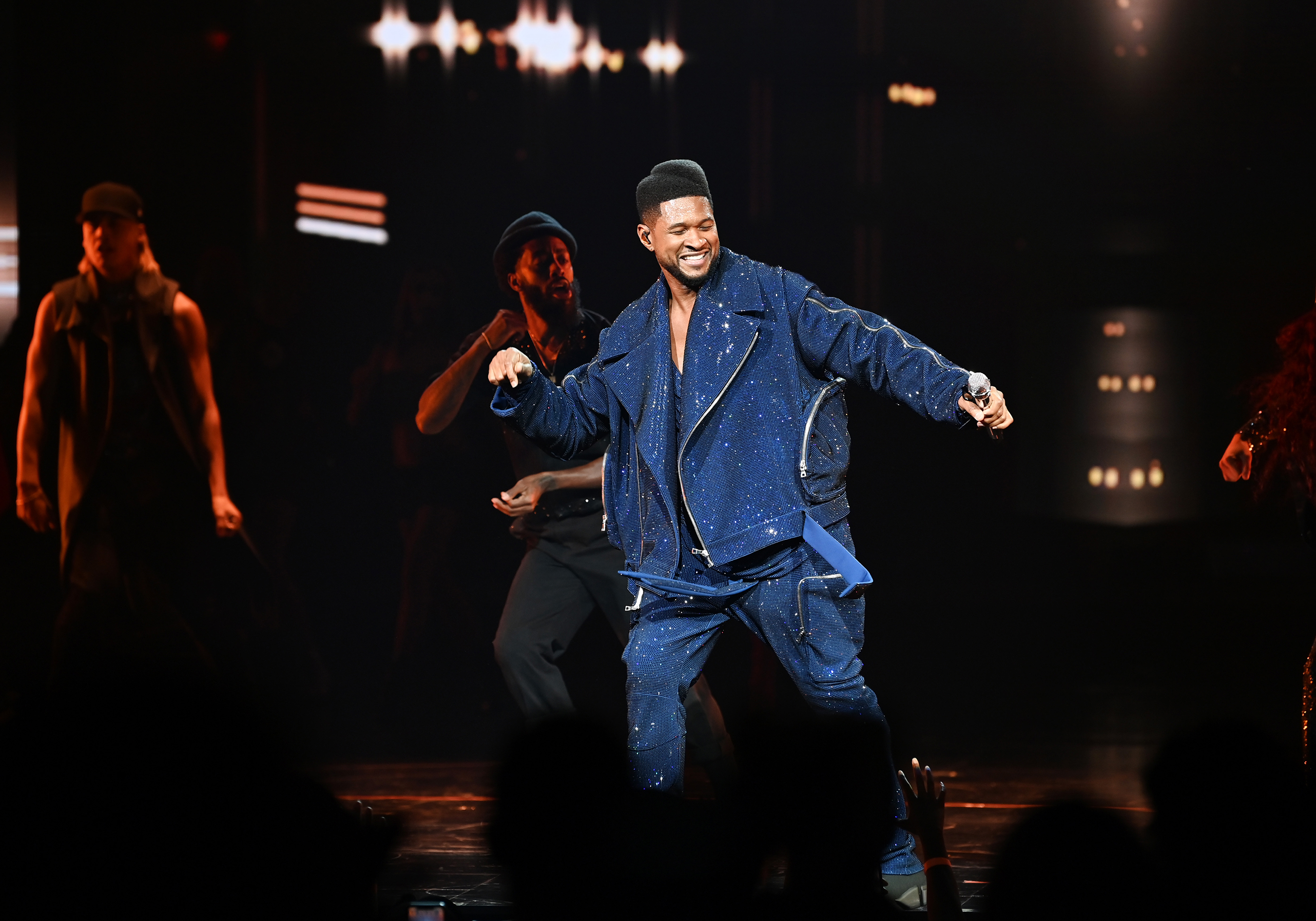 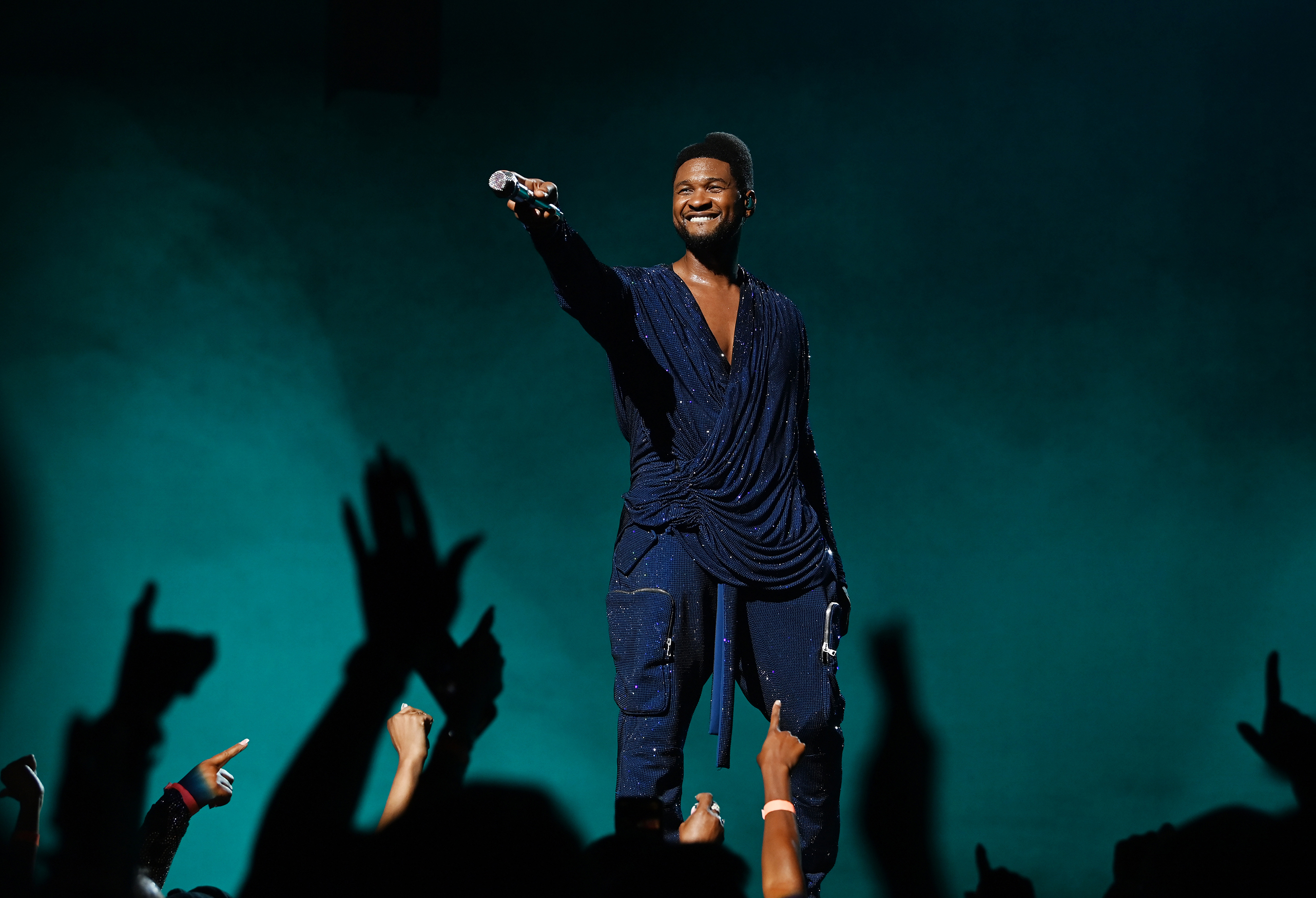 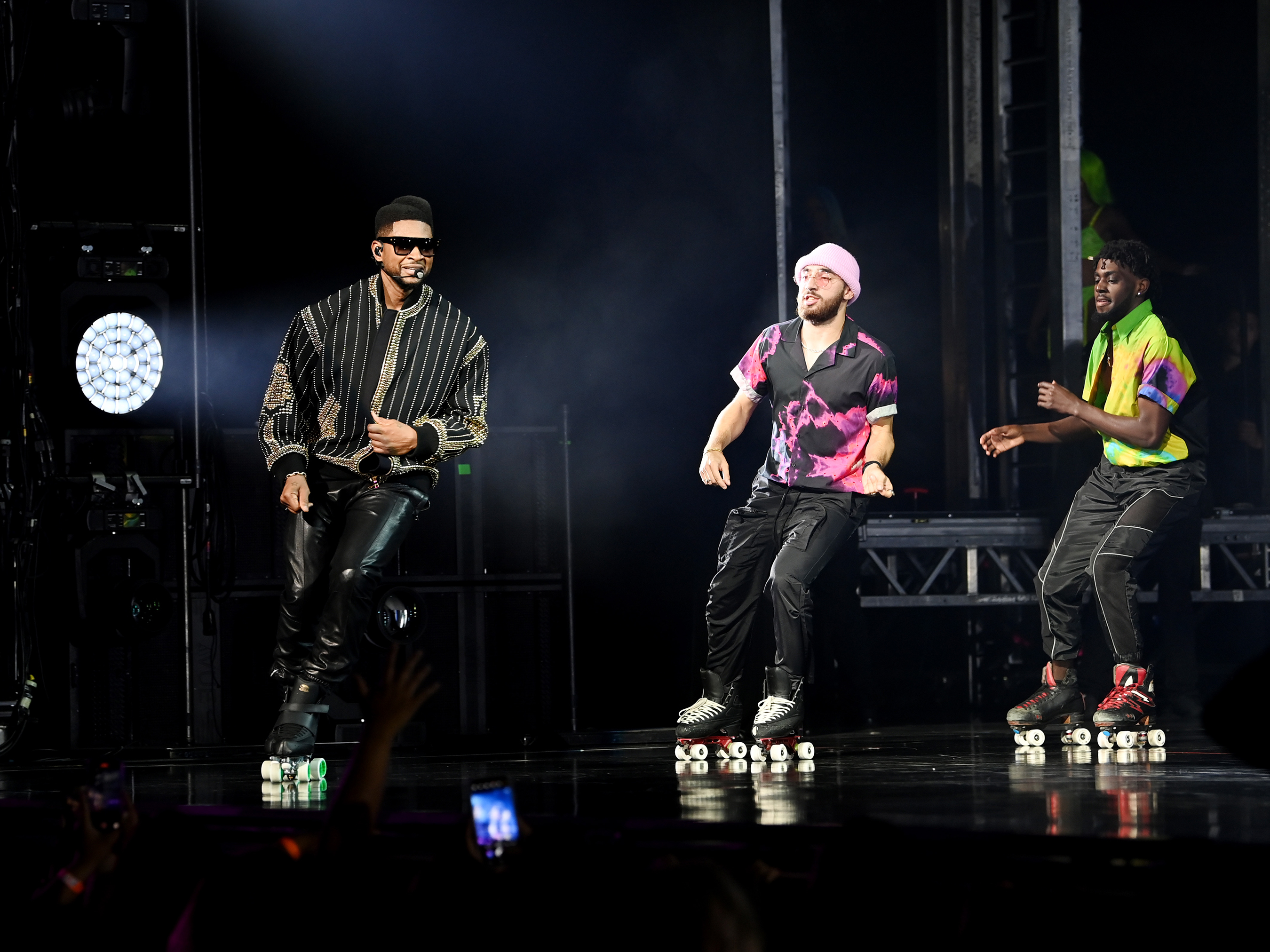 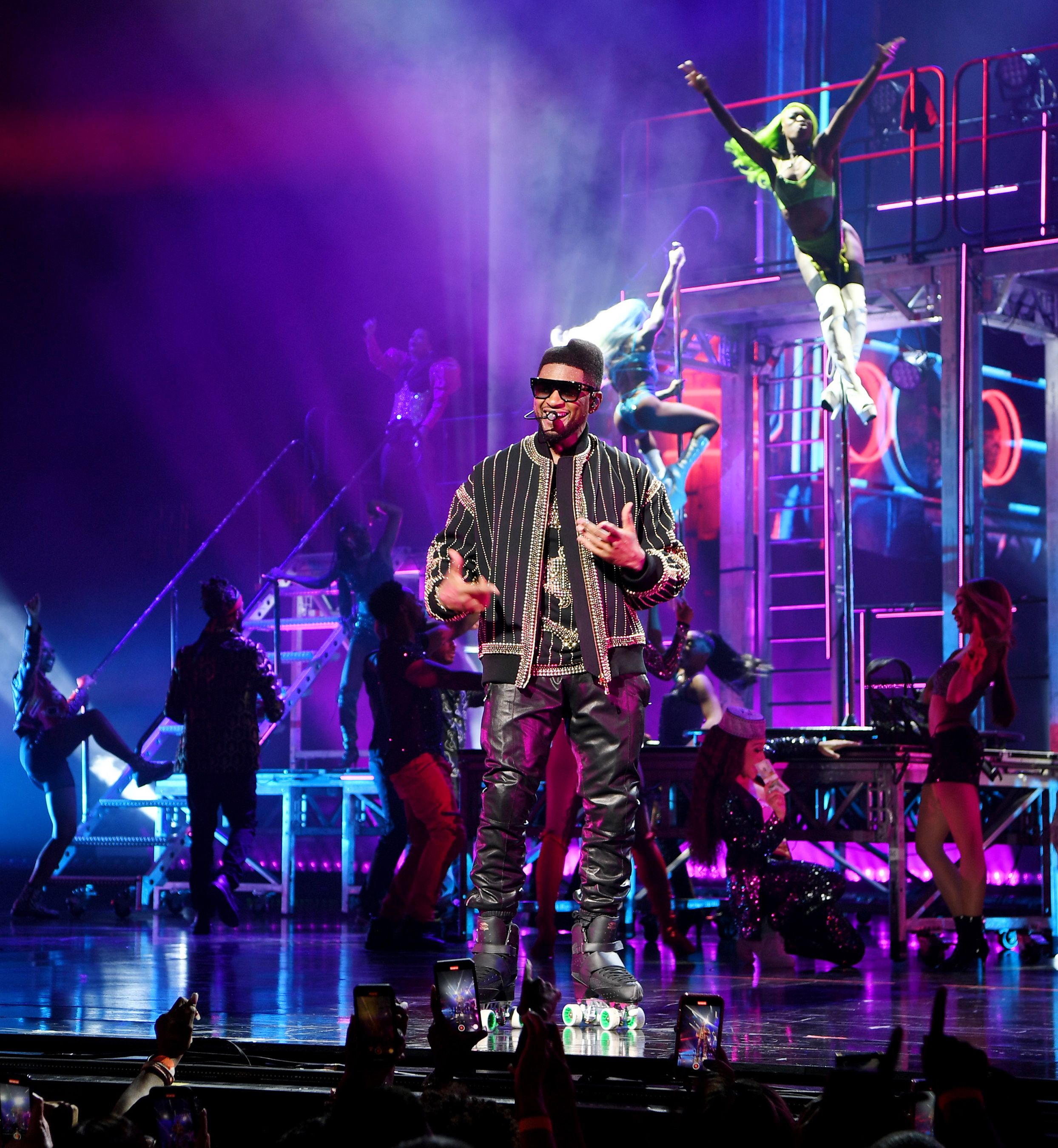 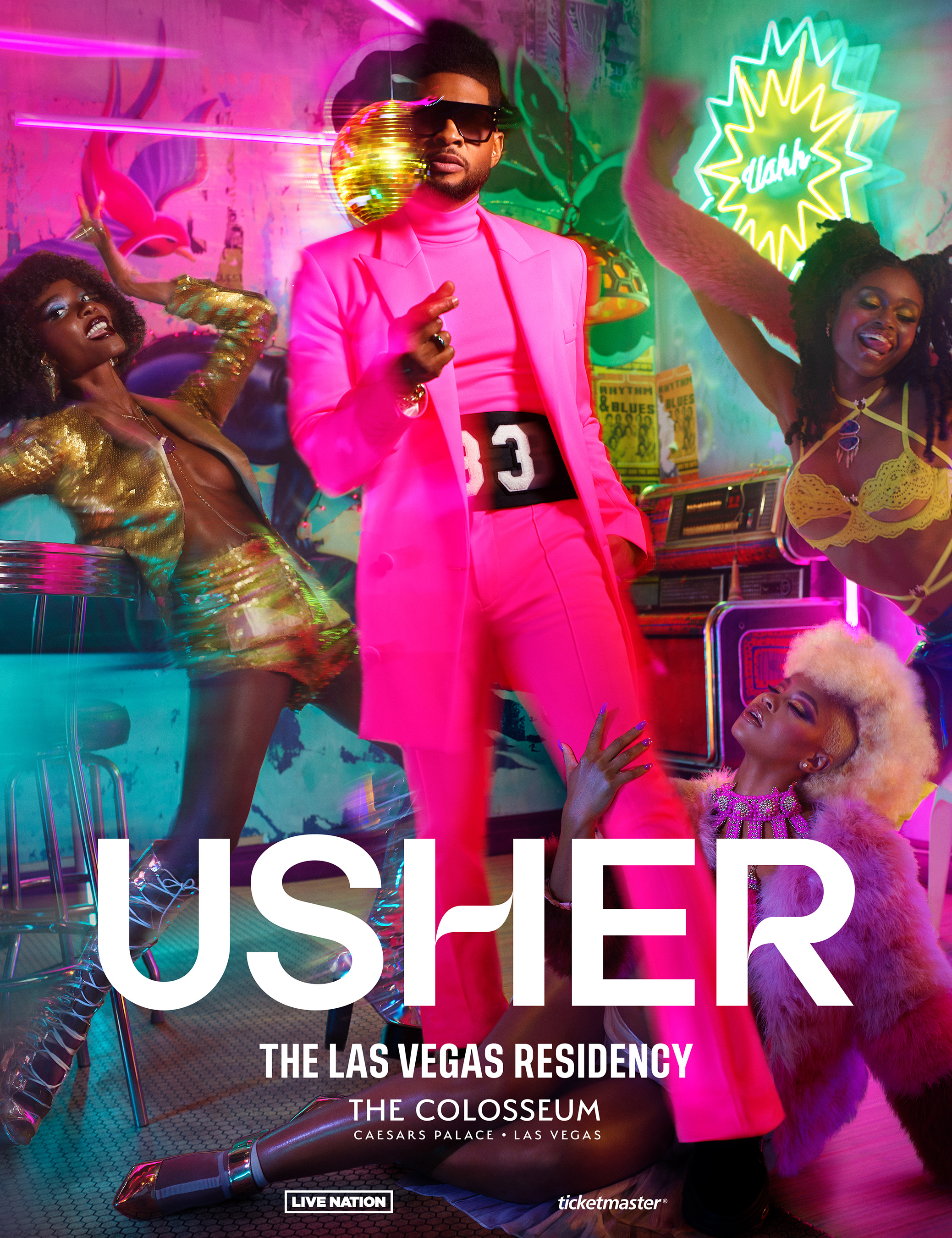