LAS VEGAS and HOUSTON, Aug. 12, 2021 /PRNewswire/ -- Caesars Entertainment, Inc. (NASDAQ: CZR) ("Caesars") today announced an agreement with the Houston Texans to become the official casino partner of the team. The partnership goes into effect immediately before the 2021 NFL season kicks off.

"I'm thrilled to launch this multi-year partnership with Caesars Entertainment. It aligns perfectly with our commitment to creating memorable experiences for our fans," said Texans President Greg Grissom. "We have some great events lined up for this upcoming season that fans will not want to miss, and this partnership with Caesars is just another example of how we continue to look for ways to enhance the experience."

As part of the agreement, Caesars Rewards®, the most extensive customer loyalty program in the industry, will sponsor the free-to-play "Schedule Pick 'Em" game, available on the Texans official mobile app. Leading up to the NFL schedule release, fans can submit their matchup predictions for a chance to win exclusive prizes such as a paid trip to a Caesars Entertainment destination property, game tickets, and more. Additionally, at each game, one Texans season ticket holder will be selected for a chance to win an all-inclusive trip to Las Vegas, where they'll be treated like royalty. This fun-filled fan experience will increase in value each time the Texans score.

Caesars Rewards members will also reap benefits, such as an exclusive opportunity to cheer on the Texans like a Caesar inside a luxury suite at NRG stadium.

As part of the partnership, Caesars Rewards will be integrated into the team's promotional channels, including in-stadium signage and digital and traditional media assets.

"Caesars Entertainment is committed to expanding relationships with leagues and professional sports teams, and we're thrilled to team up with the Houston Texans," said Chris Holdren, Co-President of Caesars Digital. "We look forward to creating extraordinary experiences for Texans fans by doing what we do best, leveraging Caesars Entertainment's vast portfolio of casino, hospitality, entertainment, and sports expertise."

Caesars is also the official casino sponsor and an official sports betting partner of the NFL and has partnerships with the NBA, NHL, and MLB.

About Houston Texans
The Houston Texans were introduced as the NFL's 32nd franchise on Oct. 6, 1999 thanks to a city-wide effort spearheaded by franchise founder and late owner Robert C. McNair, and current Co-Founder and Senior Chair Janice McNair. The Texans have since evolved into Forbes Magazine's 19th-most valuable professional sports franchise in the world, with an estimated value of $2.8 billion, and are annually ranked among the Houston Chronicle's "Top 100 Places to Work in the City." The Houston Texans are the only expansion team to have won their first game, defeating Dallas, 19-10, on Sept. 8, 2002. The team has sold out every preseason, regular season and postseason game in franchise history, and donated more than $35 million back to the community through the Houston Texans Foundation. The team won AFC South division titles in 2011, 2012, 2015, 2016, 2018 and 2019. NRG Stadium, the NFL's first retractable-roof stadium, is the home of the Texans. 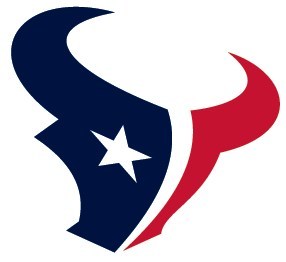