LAS VEGAS, April 29, 2017 /PRNewswire/ -- Celebrated multi-Michelin star chef and television personality Gordon Ramsay announced live to his fans on Facebook today his plans for the first-of its-kind Gordon Ramsay Hell's Kitchen located at Caesars Palace Las Vegas, set to open this winter. To commemorate the announcement, Ramsay skillfully ignited the series' 17-foot signature pitchfork – transported straight from the set of the hit FOX show – in the center of Caesars' iconic fountains. This marks Ramsay's fifth Las Vegas restaurant and extends his successful partnership with Caesars Entertainment. As is the case at Chef Ramsay's other restaurants, the quality of the food and dining experience is paramount for the HELL'S KITCHEN restaurant.

Masterfully designed by Jeffrey Beers International to be an experiential and immersive destination restaurant, guests will feel transported to the studio set, as if they are participating in the globally popular television show, the 17th season of which will air during the 2017-2018 season on FOX. With design features that are engaging to all senses and are a nod to both the red and blue teams featured on the show, the dynamic and bustling kitchen will be the centerpiece of this unique eatery to be enjoyed and appreciated from every seat in the house.

"Fans of the show have been asking us to bring a HELL'S KITCHEN restaurant to life since day one, so I'm thrilled to finally be doing it here at Caesars Palace," said Ramsay. "A key element of the show's success has always been the diners' experience, so we are excited for guests in Las Vegas to feel like they too are part of the show – flames and all."

Perfectly situated on one of the busiest corners in Las Vegas, directly at the center of the famous Las Vegas Strip at Caesars Palace, HELL'S KITCHEN restaurant will seat nearly 300 guests, feature indoor and Strip-adjacent patio dining and will offer a daily themed brunch, dinner and spirited bar menu.

"Like so many others worldwide, I too have long been a fan of HELL'S KITCHEN and we are thrilled to be bringing a first-of-its-kind restaurant like this to Caesars Palace guests and visitors to Las Vegas," said Gary Selesner, Caesars Palace regional president. "We are so proud to welcome a second Gordon Ramsay restaurant into Caesars Palace, a partnership that continues to be the perfect recipe throughout many of our resorts."

The high-energy restaurant and bar will take its cue directly from the eponymous ITV Entertainment and FOX primetime television hit seen worldwide by millions of viewers, and will shine the spotlight on many of HELL'S KITCHEN cast/chef recipes and dishes featured on the show, including many of Chef Ramsay's signature dishes.

"Gordon is a true visionary and all of us at ITV America are thrilled to be working with him on this passion project which brings the HELL'S KITCHEN experience to so many fans. We see this as a unique extension of a powerful brand that, 17 seasons in, continues to resonate with millions worldwide. It's an honor to be in partnership with both Gordon and Caesars in what will be a must-visit destination," said Ed Simpson, EVP Business Development & International, ITV America.

Construction on HELL'S KITCHEN restaurant will begin this summer with an expected opening date this winter. For ongoing updates and more information, please visit www.caesarspalace.com.

The next-generation multi-media production company STUDIO RAMSAY has a joint venture with All3Media to develop and produce both unscripted and scripted television shows, creating new formats and innovative programming that includes a scripted arm focused on food-related themes, and development of new talent on a global front. The catalogue of programs that Ramsay has worked on historically with All3Media via One Potato Two Potato, together with new original content he's currently developing, make for a unique and dynamic production and distribution partnership. Studio Ramsay's first production, live food variety show THE F WORD WITH GORDON RAMSAY, will premiere Summer 2017 on FOX. Their first daytime cooking series CULINARY GENIUS, as well as documentary series, will both premiere this year in the U.K. on ITV. The Gordon Ramsay Group comprises of the restaurant business of acclaimed chef, restaurateur, TV personality and author Gordon Ramsay. It employs more than 700 people in London where it has a collection of 14 restaurants. The Group has a total of 31 restaurants globally and 7 Michelin stars, with international restaurants from Europe to the US and the Middle East. For more information, please visit www.gordonramsay.com or follow Gordon Ramsay on Facebook, Twitter and Instagram.

About Fox Broadcasting Company
Fox Broadcasting Company (FOX), a unit of 21st Century Fox, is home to some of the highest-rated and most acclaimed series on television, including EMPIRE, THE MICK, LETHAL WEAPON, LUCIFER, GOTHAM, THE LAST MAN ON EARTH, NEW GIRL, BROOKLYN NINE-NINE, BONES, STAR, THE SIMPSONS, SON OF ZORN, FAMILY GUY, BOB'S BURGERS, HELL'S KITCHEN, MASTERCHEF, MASTERCHEF JUNIOR and SO YOU THINK YOU CAN DANCE; as well as new series 24: LEGACY, APB and MAKING HISTORY; and event series SHOTS FIRED and PRISON BREAK. FOX airs 15 hours of primetime programming a week, as well as major sports and Sunday morning news. Through the FOX NOW app, FOX viewers can watch full episodes of their favorite FOX shows on a variety of digital platforms, while enjoying enhanced interactive and social capabilities around those shows. Download the FOX NOW app at www.fox.com/foxnow.  To watch primetime programming live on the web, visit www.fox.com/live. "Like" FOX on Facebook at www.facebook.com/FOXTV and follow the network on Twitter @FOXTV. For additional information about FOX, please visit www.fox.com. 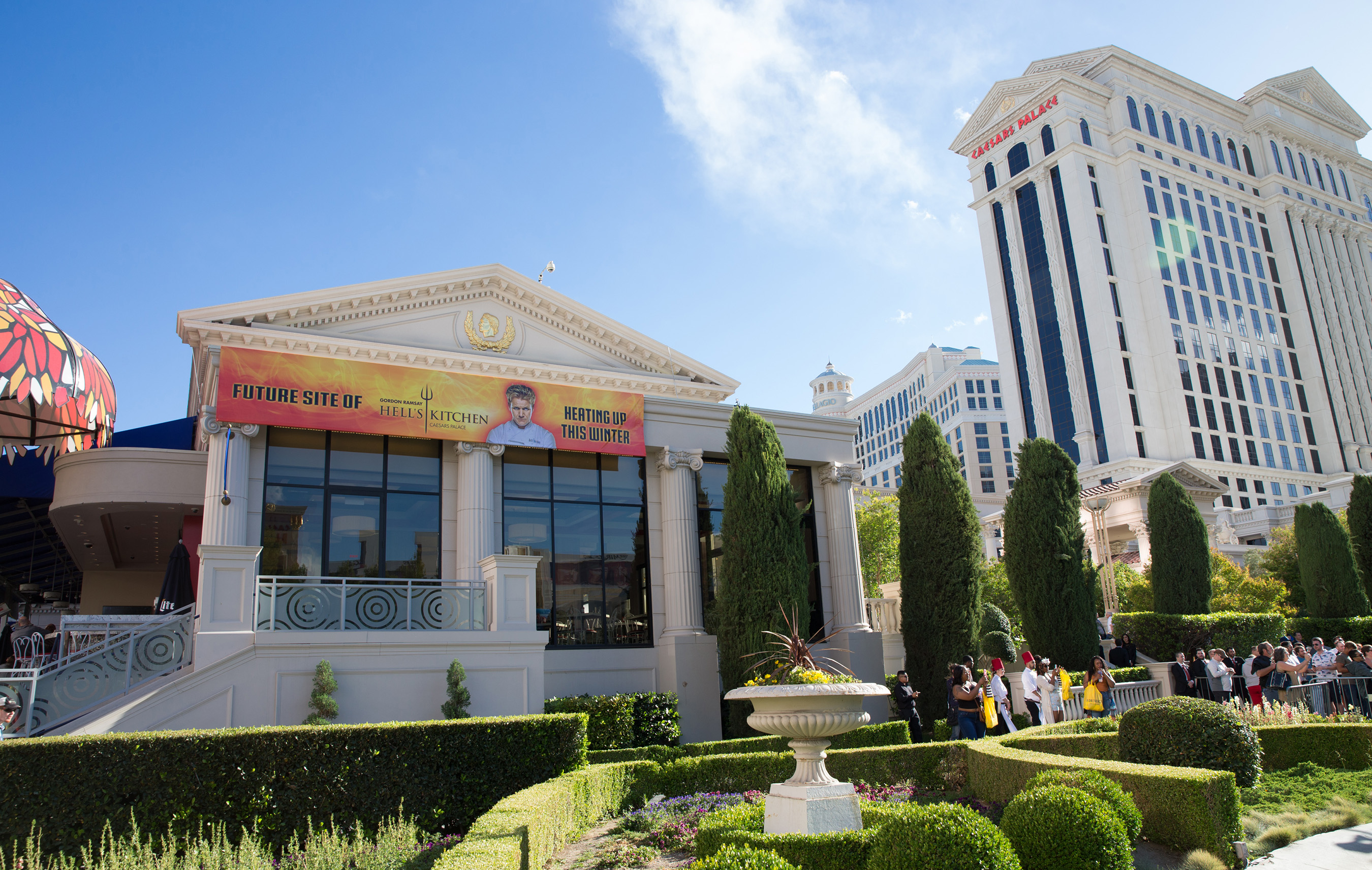 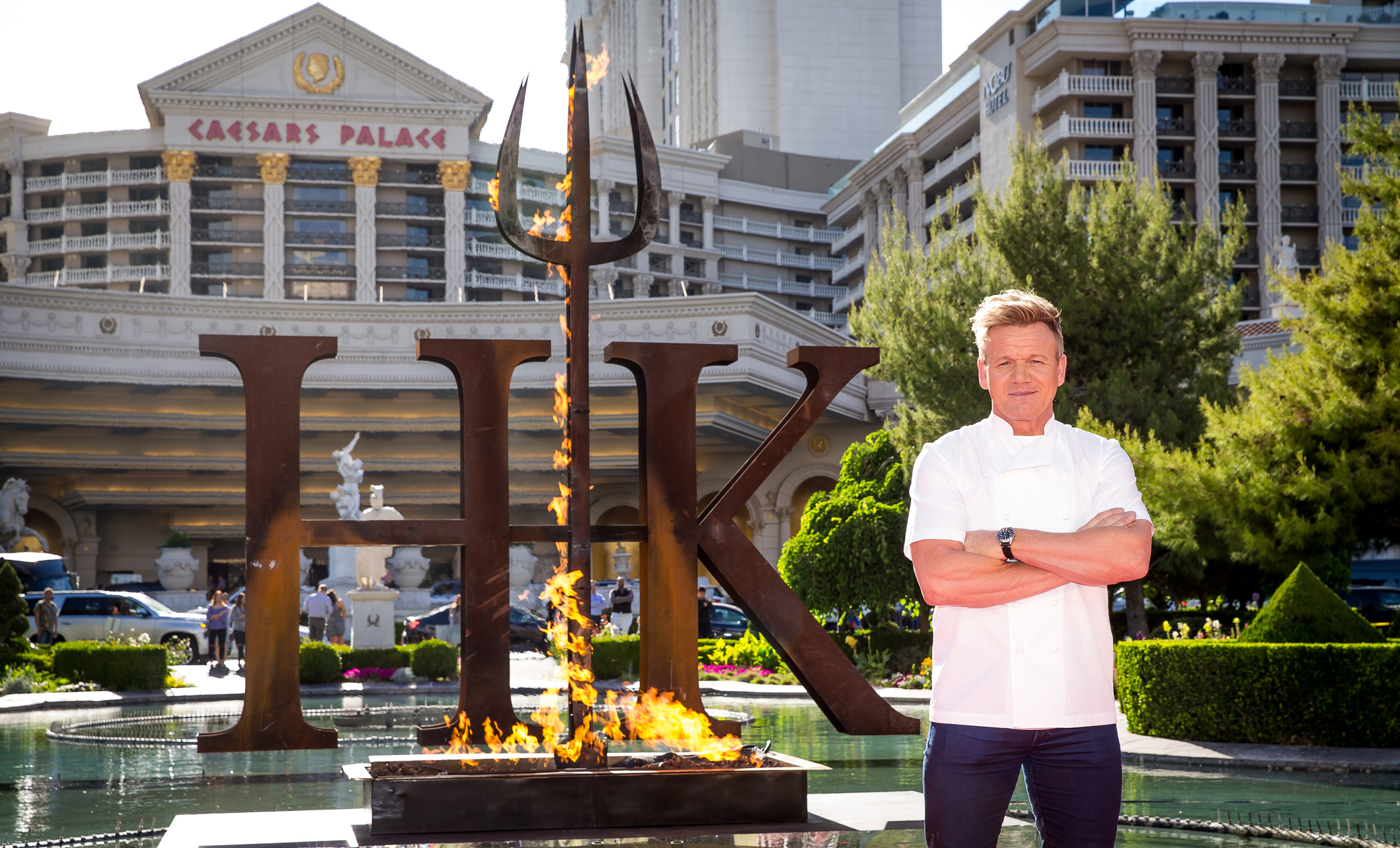 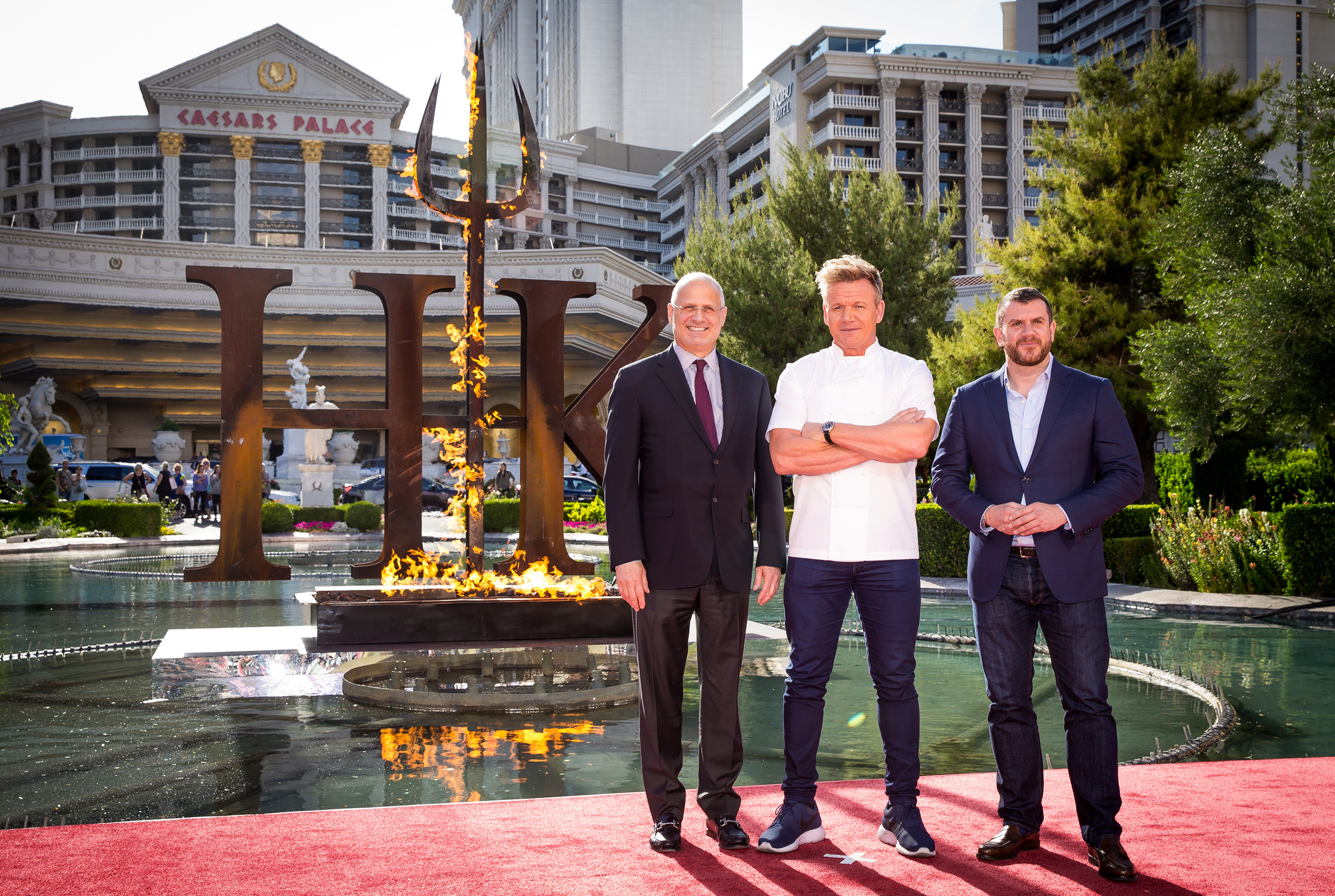 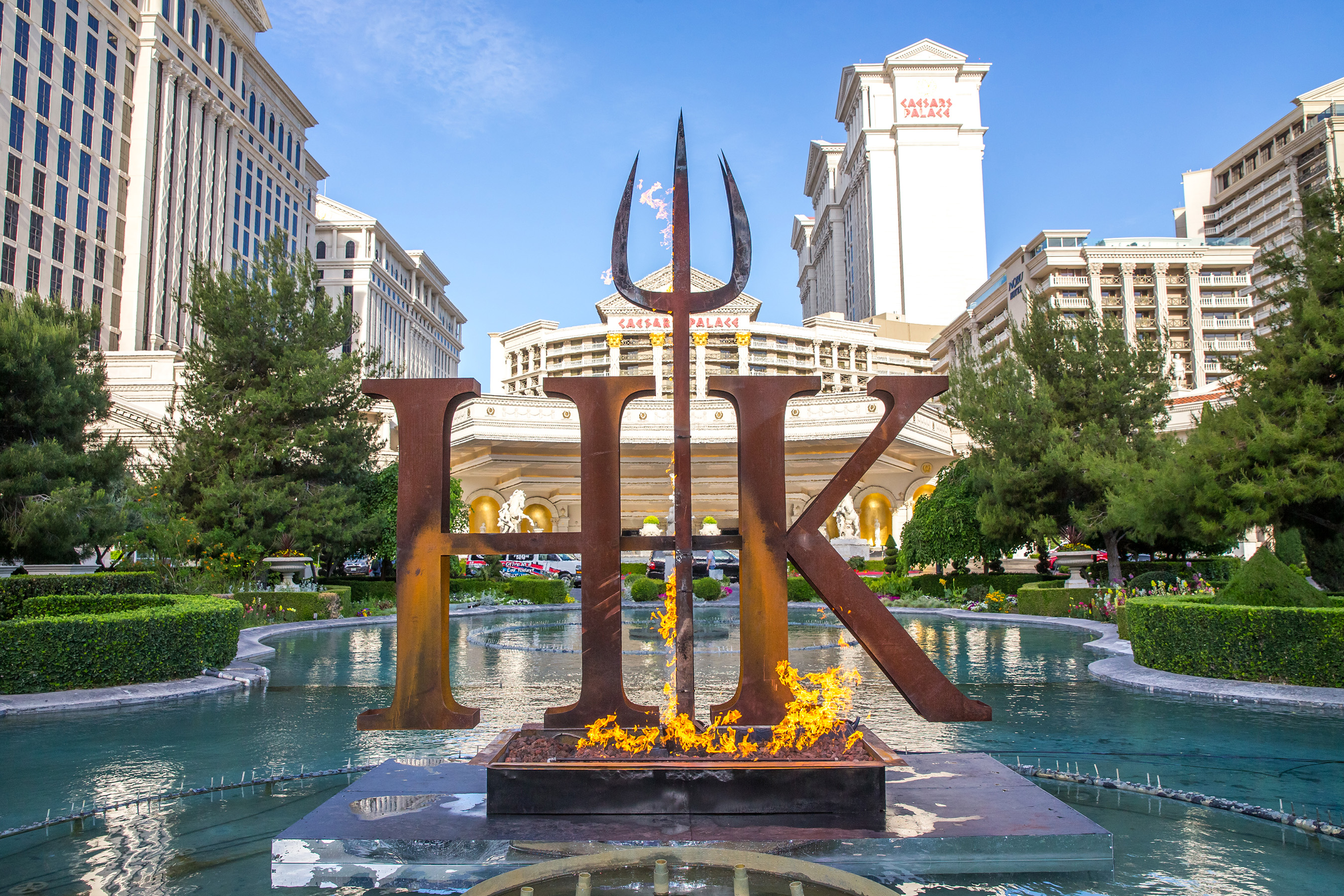