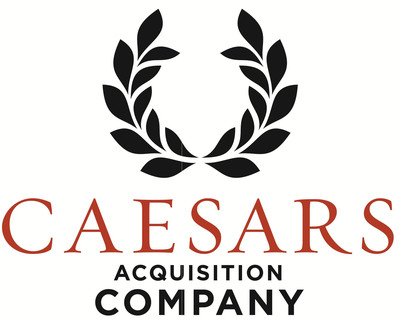 "Caesars Entertainment delivered another year of solid operating performance with revenue growth across all segments versus 2016, operating income margin expansion, and same-store EBITDAR margin up 59 basis points year-over-year to the highest level in more than a decade," said Mark Frissora, President and CEO of Caesars Entertainment. "Same-store gaming revenues increased company-wide for the full year despite unfavorable hold of approximately $80 million. Non-gaming revenues and Las Vegas RevPAR increased for the full year, driven by room renovations and overall strength of our hospitality assets. In 2018, we will continue to invest in our core business while pursuing attractive growth opportunities, including our acquisition of Centaur Gaming."

Note that certain additional non-GAAP financial measures have been added to highlight the results of the company including CEOC. Due to the timing of CEOC's emergence, Caesars results do not include CEOC until October 6, 2017. "Same-Store" results above and below include CEOC as if its results were consolidated during all periods, but remove the now deconsolidated Horseshoe Baltimore and Ohio Managed properties from all periods presented. See the tables at the end of this press release for the reconciliation of non-GAAP to GAAP presentations. GAAP and Same-Store results include CAC for all periods presented because the merger was accounted for as a combination of companies under common control. For same-store result reconciliations by region, see the historical information supplement in the Investor Relations section of www.caesars.com.

In accordance with U.S. GAAP, the results of CEOC and certain of its U.S. subsidiaries were not consolidated with CZR from January 15, 2015 until October 6, 2017. Additionally, CZR deconsolidated the results of its Horseshoe Baltimore property in the third quarter of 2017, and exited a management relationship with certain properties in Ohio ("the Ohio Properties") in 2016, accounting for many of the fluctuations in the tables below.

Post the emergence of CEOC on October 6, we reassessed our segment reporting, which was historically broken out by credit structure. We view each casino property as an operating segment and aggregate such casino properties into three regionally-focused reportable segments: (i) Las Vegas, (ii) Other U.S. and (iii) All Other, which is consistent with how we manage the business. These segments include the following properties:

The results of each reportable segment presented below are consistent with the way management assesses these results and allocates resources, which is a consolidated view that adjusts for the effect of certain transactions between reportable segments within Caesars, as described below. "All Other" includes managed, international and other properties as well as parent, consolidating, and other adjustments to reconcile to consolidated Caesars results. In the U.S. GAAP consolidation tables below, the inclusion of CEOC LLC's results is the primary driver of year-over-year fluctuation.

In accordance with U.S. GAAP, the results of CEOC and certain of its U.S. subsidiaries were not consolidated with Caesars from January 15, 2015 until October 6, 2017. Additionally, Caesars deconsolidated the results of its Horseshoe Baltimore property in the third quarter of 2017, and exited a management relationship with certain properties in Ohio ("the Ohio Properties") in 2016, causing material fluctuations between year-over-year results. We have provided tables below that includes CEOC and certain of its U.S. subsidiaries in all periods, and excludes the results of the Horseshoe Baltimore property and the Ohio Properties in all periods. GAAP and Same-Store results include CAC for all periods presented because the merger was accounted for as a combination of companies under common control. The intent of this information is to illustrate certain comparable results in the current consolidation structure.

Same-store net revenue declined $6 million, or 0.3%, to $1.96 billion in the fourth quarter, as Other U.S. regional revenue improvement of 2.8% was offset by approximately $29 million of unfavorable year-over-year hold primarily at Caesars Palace and a challenging environment in Las Vegas post October 1. Hold impact is an estimate, based on historical win percentages and may vary +/- $2.5 million. The impact of hold on revenue was unfavorable to our expectation by $10 million in Q4 2017.

Full year same-store net revenues improved $63 million, or 0.8% over 2016, driven by strong returns on investments in room renovations and other non-gaming initiatives in the Las Vegas region. Improved slot volumes drove an increase to overall net revenue in the Other U.S. region. The improvements were offset by $80 million of unfavorable hold versus the prior year. The impact of hold on revenue was unfavorable to our expectation by $37 million in 2017.

Income from operations declined $62 million, or 27.6% in the fourth quarter versus the prior year. The decline was primarily due to the inclusion of $120 million of depreciation expense associated with the failed sale-leaseback accounting treatment of the assets leased from VICI. The failed sale-leaseback accounting results in us recording depreciation expense and interest expense associated with the finance obligation in excess of our rental payments. We explain this in more detail in our form 10-K. $45 million related to Caesars Palace, $74 million related to the Other U.S. Region, and $1 million related to the All Other Region.

Same-store income from operations was $1.1 billion for the full year 2017, an increase of $200 million over 2016. The improvements were primarily driven by the operational performance of the core business. Additionally, the $120 million of depreciation expense associated with the assets leased from VICI was offset by one-time share-based compensation relating to the sale of the CIE Social Mobile Games business in 2016.

In the fourth quarter, same-store adjusted EBITDAR was flat. Strength in Other U.S. Regional gaming, improvement in our London business, and reductions in operating expenses were offset by $30 million of unfavorable year-over-year hold and softness due to the October 1 tragedy in Las Vegas. The impact of hold on adjusted EBITDAR was unfavorable to our expectation by $10 million in Q4 2017.

Full year same-store adjusted EBITDAR improved in all segments. While non-gaming operations and efficiencies contributed most meaningfully to Las Vegas, the improvement in Other U.S. Regional gaming volume in the second half of  2017 outperformed 2016. Adjusted EBITDAR was negatively impacted by $34 million of lower-than-expected hold in 2017, but $65 million on a year-over-year comparison. The hold volatility was isolated to baccarat play in Las Vegas and London. The impact of hold on EBITDAR was less than its impact on revenue due to reductions in related casino expenses, such as taxes and discounts.

Caesars Entertainment Corporation (NASDAQ: CZR) will host a conference call at 2:00 p.m. Pacific Time Wednesday, March 7, 2018, to discuss its fourth quarter results, certain forward-looking information and other matters related to Caesars Entertainment Corporation, including certain financial and other information. The press release, webcast, and presentation materials will be available on the Investor Relations section of www.caesars.com.

If you would like to ask questions and be an active participant in the call, you may dial 877-637-3723, or 832-412-1752 for international callers, and enter Conference ID 58413328 approximately 10 minutes before the call start time. A recording of the live call will be available on the Company's website for 90 days after the event. Supplemental materials have been posted on the Caesars Entertainment Investor Relations website at http://investor.caesars.com/financials.cfm.

This release includes "forward-looking statements" intended to qualify for the safe harbor from liability established by the Private Securities Litigation Reform Act of 1995. You can identify these statements by the fact that they do not relate strictly to historical or current facts. We have based these forward-looking statements on our current expectations about future events. Further, these statements contain words such as "may," "would," "estimate," "continue," "focus," "will," "expect," "believe," or "position", or the negative or other variations thereof or comparable terminology. In particular, they include statements relating to, among other things, future actions, new projects, strategies, future performance, the outcomes of contingencies, such as legal proceedings, and future financial results of Caesars. These forward-looking statements are based on current expectations and projections about future events.

Investors are cautioned that forward-looking statements are not guarantees of future performance or results and involve risks and uncertainties that cannot be predicted or quantified, and, consequently, the actual performance of Caesars Entertainment may differ materially from those expressed or implied by such forward-looking statements. Such risks and uncertainties include, but are not limited to, the following factors, and other factors described from time to time in Caesars Entertainment's reports filed with the Securities and Exchange Commission (including the sections entitled "Risk Factors" and "Management's Discussion and Analysis of Financial Condition and Results of Operations" contained therein):

Property earnings before interest, taxes, depreciation and amortization ("EBITDAR") is presented as a measure of the Company's performance. Property EBITDAR is defined as revenues less property operating expenses and is comprised of net income/(loss) before (i) interest expense, net of interest capitalized and interest income, (ii) income tax provision, (iii) depreciation and amortization, (iv) corporate expenses, and (v) certain items that the Company does not consider indicative of its ongoing operating performance at an operating property level. As a result of the sale of the SMG Business, we have determined that CIE stock-based compensation expense should be excluded from Property EBITDAR as management no longer considers such expense to be indicative of Caesars Entertainment's ongoing consolidated or segment operating performance. Therefore, Property EBITDAR has been recast for prior periods to be consistent to the current year presentation.

In evaluating Property EBITDAR you should be aware that, in the future, the Company may incur expenses that are the same or similar to some of the adjustments in this presentation. The presentation of Property EBITDAR should not be construed as an inference that future results will be unaffected by unusual or unexpected items.

Adjusted EBITDAR is defined as EBITDAR further adjusted to exclude certain non-cash and other items as exhibited in the following reconciliation, and is presented as a supplemental measure of the Company's performance. Management believes that Adjusted EBITDAR provides investors with additional information and allows a better understanding of the results of operational activities separate from the financial impact of decisions made for the long-term benefit of the Company. In addition, compensation of management is in part determined by reference to certain of such financial information. As a result, we believe this supplemental information is useful to investors who are trying to understand the results of the Company.

Because not all companies use identical calculations, the presentation of Adjusted EBITDAR may not be comparable to other similarly titled measures of other companies.

The following tables reconcile net income/(loss) attributable to the companies presented to Property EBITDAR and Adjusted EBITDAR for the periods indicated.