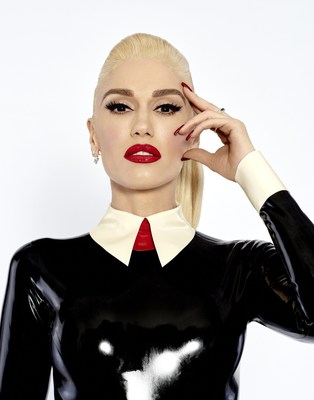 "To be able to do a show in Vegas is such an incredible honor. Growing up in Anaheim, California, I could never have imagined one day having my own Vegas residency. I have been so fortunate to tour throughout my career, but to create a show for Vegas is something I've  never experienced and I can't wait," Gwen said.

Designed exclusively for Zappos Theater, Gwen Stefani will take the stage with a spectacular show like no other, celebrating the breadth of her illustrious musical career. The show, promoted by Live Nation and Caesars Entertainment, will further cement Las Vegas as the entertainment capital of the world.

Tickets will go on sale to the public Friday, April 13 at 10 a.m. PT. American Express® Card Members can purchase tickets before the general public beginning Tuesday, April 10 at 10 a.m. PT through Thursday, April 12 at 10 p.m. PT. An exclusive presale for Total Rewards members, Caesars Entertainment's loyalty program, will be available Thursday, April 12 from 10 a.m. PT through 10 p.m. PT. A limited number of LaneOne VIP Premium Packages will also be available, including amazing seats, transportation, preferred entrance and more. The 25 performances going on sale are:

General ticket prices begin at $59, plus applicable tax and fees, and may be purchased online at www.ticketmaster.com/gwen or in-person at the Planet Hollywood box office. All shows begin at 9 p.m. For more information on the show, visit gwenstefani.com. All shows are scheduled at 9 p.m.