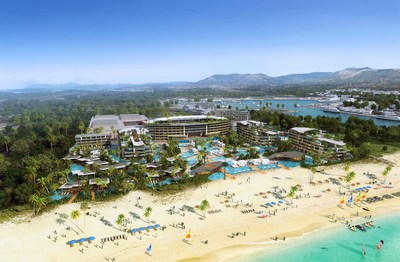 The $200 million luxury beach front hotel will be developed by Grupo Questro, one of Mexico's preeminent developers with over 30 years of experience and a diversified portfolio of projects that includes resorts, hotels, shopping centers, golf courses, and residential complexes. Caesars Entertainment will manage the property and receive a licensing and management fee.

"Bringing Caesars Palace to Puerto Los Cabos will represent further progress on our strategy to expand the company's non-gaming businesses into premiere resort and gateway destinations," said Caesars Entertainment President and Chief Executive Officer, Mark Frissora. "This resort will represent our first investment in Mexico, and it speaks to the global strength of the Caesars brand. We are looking forward to working with Grupo Questro to create a 5-Star destination that reflects the best of Caesars offerings in the hospitality, dining and entertainment spaces."

"We are very excited to work with our new partners to help bring the Caesars brand to Puerto Los Cabos," said Eduardo Sanchez Navarro Rivera Torres, Executive President of Grupo Questro. "Caesars is known around the world, and we are confident that this luxury resort will be an incredible asset for global visitors."

Puerto Los Cabos is a prime market for the introduction to the expansion of the Caesars brand in North America. The number of airline passengers into the market has risen 40% since 2015 with the majority coming from the United States and Canada followed by Mexico.

In addition to the projects in Puerto Los Cabos and Dubai, Caesars Entertainment has announced plans to build a meeting and conference center in Las Vegas and has broken ground on a new Harrah's-branded casino in Northern California.

With more than 55 million members, Caesars Entertainment's Total Rewards loyalty program is one the world's largest such programs and acts as a tourism driver for the cities and destinations in which it operates. Total Rewards has successfully introduced its members to new experiences around the world – which will now include the exciting offerings found in Mexico.

About Grupo Questro
Over the course of more than 30years, Grupo Questro has emerged as one of the most highly respected developers in all of Mexico. Helmed by the visionary Eduardo Sanchez-Navarro, Grupo Questro's mission is to develop business opportunities of value that generate memorable experiences for its collaborators and clients. In areas throughout Mexico such as Los Cabos, Mexico City and Acapulco, Grupo Questro's world-class resort destinations include Puerto Los Cabos, El Dorado, Cabo Real and Club Campestre San Jose. Resort projects include Ritz-Carlton Reserve Residences, Dreams, Secrets, El Ganzo, ME by Melia, Casa Dorada and Casa del Mar. 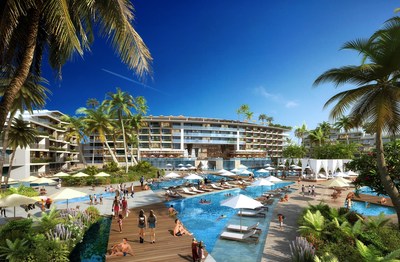 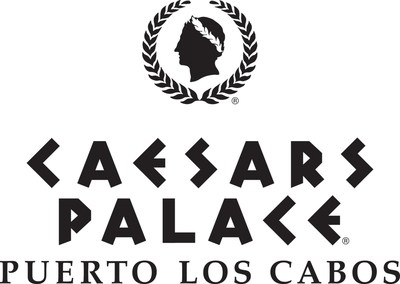